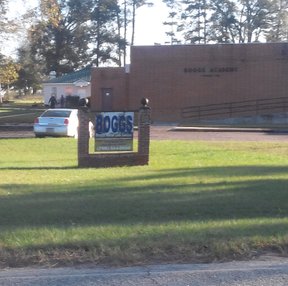 The historical Boggs Academy, founded in 1906, was a preparatory boarding school for young African Americans in the United States. The Presbyterian Church USA owned and operated Boggs Academy until its last graduating class in 1984, when public schools began desegregation. Thus, the Church had fulfilled its mission.

This was the dream . That African American children would be educated at a time when black children were denied education because of segregation. Boggs Academy was one of the most prestigious, accredited, educational institutions providing a quality education for people of color. Not just in rural Burke county, but across the country and as far away as Africa. The school stayed operational until 1986 producing black educators, engineers, politicians, entertainers, religious leaders, doctors and more. Ask any one of these successful African Americans and they will give credit to the foundation that Boggs provided and motivation in themselves that Boggs instilled.

The mission of the Boggs Rural Life Center is to continue the rich heritage of Boggs Academy through intellectual and spiritual development by creating opportunities for education, technological applications, skilled workforce, community economic development, affordable housing and healthcare, environmental justice and recreation to meet a the needs of a diverse population,

Cleaning Up the Campus

Our Community Affairs Committee is working hard to raise funds needed for all of our programs and special projects.

We are always looking for grants, donations and grantwriters.   If you have any ideas or would like to volunteer please contat us and ask how can you help.....

We have had several websites in the past, thanks to several volunteers, this is the most resent.  Follow the links to learn more about what we are doing and have to offer to the community.